If we said that we couldn’t save any more money as a family, most of us would be fibbing to ourselves. There’s always something that we could do to squeeze a little bit more value from our paychecks and make them go further. We’ve hunted high and low in the search for the best family finance hacks out there. Take a look at some of these ideas to help your family save a bit of money. 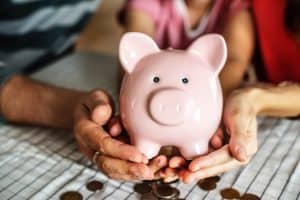 Banks and other lenders decide how much interest to charge you based partially on your credit score. But the problem is that most people don’t actually have a clue what their credit score is. There’s a problem with this: not keeping track of it could mean that you end up paying higher interest rates in the future on everything from car loans to credit card balances.

Mobile phone network operators have taken a bit of a hit recently. Not only are they losing out to the internet, but they’re also being forced by governments to reduce roaming charges. Back in the 1990s, roaming charges were extortionate and phone bills from holiday destinations used to be as expensive as the holiday itself. Now, though, things are different in 42 foreign countries. Free roaming has been extended to most of Europe, Australia, and the USA.

Save Hundreds On Car Insurance By Tweaking Your Job Title

Insurers calculate your risk premium based on your occupation, among other things. But if you’ve given them a trade that they consider to be high risk when your actual occupation is much lower risk, then you could be spending hundreds of pounds extra every year. There’s a big difference, for instance, between how much a personal assistant pays in car insurance and how much a secretary pays. Illustrators also usually get cheaper insurance fees than artists even though their jobs are virtually identical.

People have been using comparison websites, like Simply Switch, for years to compare energy tariffs for different providers. But fewer are using them for comparing other services like mobile and broadband and finding out which are the cheapest. If you require a loan, you can also use comparison websites such as HittaSMSLån to find you the best deal.

Abandon Your Online Shopping Cart For A Code

If you’re addicted to ASOS, and you’re worried about how much money you’re spending on the site, fear not, there’s now a way to bring the piece down. It turns out that companies like ASOS are obsessed with something called “cart abandonment.” It’s where customers fill up their online shopping carts with the stuff that they want and then leave them before checking out. ASOS is desperate to stop this, so it offers special codes and discounts to customers who abandon their carts right before checking out. Some people have been offered 20 percent discounts on the items that they want just for waiting and checking out the next day.ASOS isn’t the only online retailer to provide similar incentives to complete a purchase.