Dear Debt, It’s About Time We Broke Up. It’s You, Not Me. 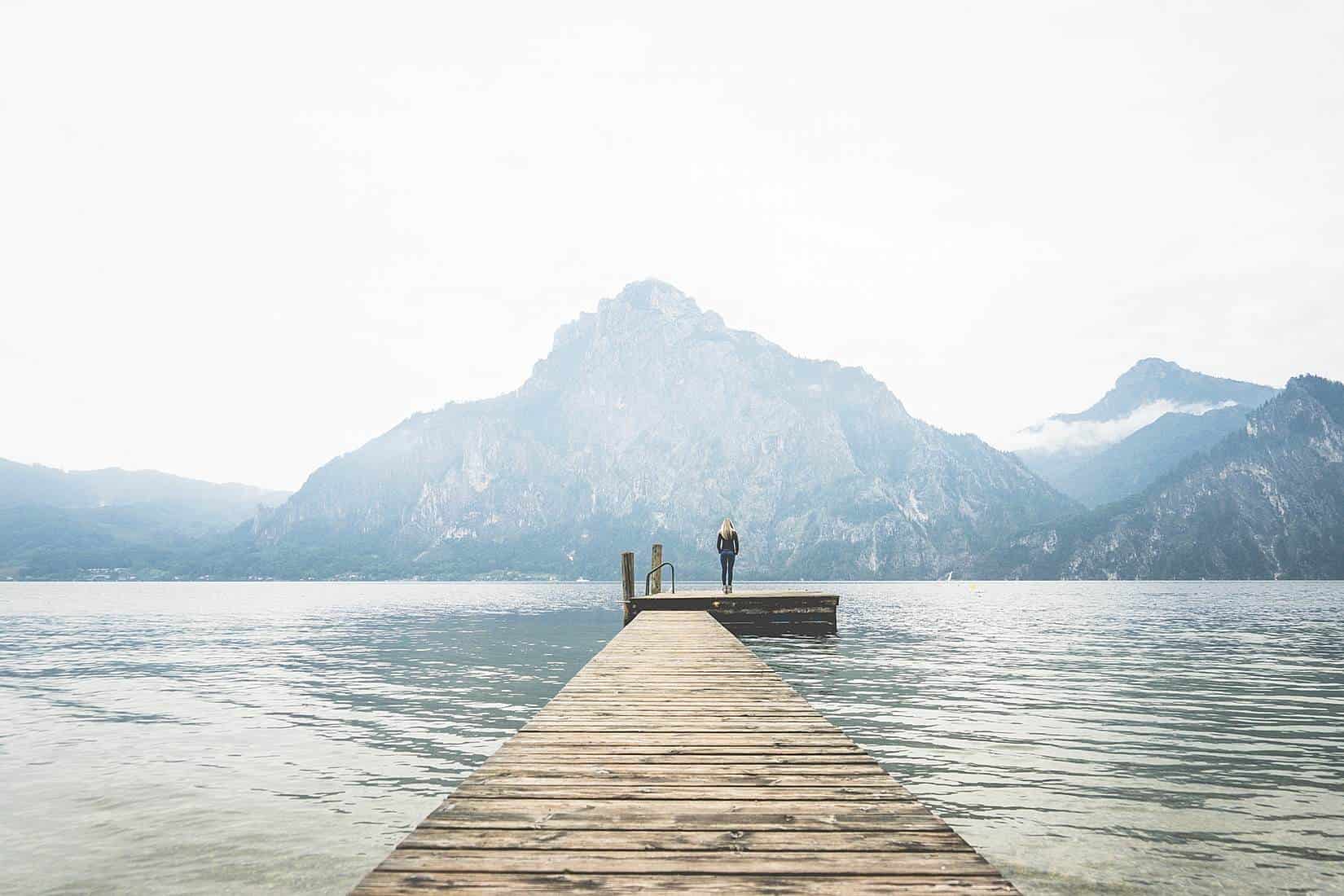 I have been wanting to write a letter to you for quite some time, and now that I am nearing the end of our journey together, I think that this is the right moment.

You have made me feel so low, so incredibly sad and melancholy, and very alone. It’s been a frustrating relationship for me, because I know that I am not bad with money. I am in fact, very good with saving money and being frugal – squeezing every single penny out and never spending any money on myself has become a second nature to me now.

But with my daughter at home, I felt that I could not earn any more money than I was earning working from home in the evening – a job I have done since she was 1, and which I still do now. I would have her all day with me, and then as soon as she was asleep I would then work until 11:30pm, if lucky.

The reason for my relationship with you was due to lack of support, and not earning enough money. That may sound like I am passing the buck, but I know that I would not be in this situation if I’d have had the support that I needed – that most people have.

Also I was then stupid, and bought some things for my daughter on my credit card, because I was feeling like a terrible mum in not being able to buy anything for her.

When I say I was not able to buy anything for her, that it exactly what I mean. Nothing.
It was incredibly hard for me, because she is an amazing girl, with a fierce imagination and a love for new experiences and places.

It wasn’t so much the materialistic side that I struggled with (the endless stream of toys), but not being able to take her anywhere, as I did not have a car, or any spare money to pay for entry into somewhere.

Social media played a big part in the money that I put on my card because of a few things I bought for my daughter, because I was so exposed to images of people who decorated their child’s room that made it a magical play area, with toys that were colour coordinated, with these children dressed in the prettiest frilly dresses…and it made me think, why shouldn’t my daughter get that?

Although I admit I am incredibly biased, there is no doubt in that she is a beautiful girl, with a huge heart and strong personality. She is everything to me, and I want to give everything to her.

Once I had begun this relationship with you – a short one, by a lot of standards – I felt incredibly trapped. There I was, with a little girl, and a tiny income. How on earth was I going to pay off this debt? I didn’t know what to do, and you had a hold over me. My minimum payments were still more than I wanted to pay; I didn’t want to pay anything!

To be fair to you debt, you made me wrack my brains and come up with some ways that I could earn more money. I had looked into earning more before, but I couldn’t find anything that I could do around my daughter, and that didn’t require any upfront costs.

With studying part time at University too, I was strapped for time, and wanted to spend every waking moment with my daughter – the most amazing little person of all.

Being aware that debt is not a good thing, I had a fire under me and was determined to do the best that I could to get rid of you as fast as I possibly could, without needing to pay for childcare, or tie myself down to something that would eat up all of my time and energy.

The best thing that you made me do, is begin this blog. I honestly don’t think that I would have started this blog if I hadn’t have been in debt.

The reason that I say that is because although I had been living on a very small income with a child, it wasn’t until I got into debt that I began to feel true despair in my situation – I felt as though it would be impossible for me to escape.

So I thank you debt, for pushing me into starting this blog, where I have been welcomed with open arms by the personal finance community, and have discovered so many blogs that I may not have found without starting one of my own.

The other blogs have provided me with endless support, encouragement and inspiration, which have been a true blessing.

So whilst I may make out that our relationship has been wholly bad, I do appreciate the lessons that I have learned from being with you. I am brimming with optimism, it pours out from me and makes me feel a mixture of happy and tearful.

I am indescribably excited for what is to come, because I know that it will be the best feeling to finally be free.

You only wanted to give me what I thought that I wanted, and you did that so well. However, I was not aware of the effects that this would have, and know now that I need to get out of this unhealthy relationship.

As I have mentioned in my first sentence, we are now coming to the end of our relationship, and I could not be happier. I am obsessed with writing down every single scrap of money that I have, and have figured out when I can become debt free.

I can become debt free in March 2017. I feel very nervous writing that down! But I have worked it out based on the extra money that is guaranteed from now until then, which falls under: pay from my new part time job, rent from lodger, earnings from dog boarding that I have booked in, and blog money that is due in. T

hese are all guaranteed amounts of money that I will be getting from now until then (some of which I already have in my account), so I know without a doubt that my debt can be paid off by then.

Unfortunately in my main job my pay is done per project, which means I have no idea how much I will be paid every month!

Over the winter my work becomes much slower, so I need to put any extra money to the side to cover the bills just in case I am not paid enough for these. I have put some to the side already from things like overtime, dog boarding, matched betting, eBay selling.

If I knew how much I would be getting paid, I could put extra money into paying off my debt earlier, but for now I am keeping it to the side in case I need it for my bills.

The thing that I hate the most about you, is that you are preventing me from doing the things that I really want to do. If you are wondering what these things are, I can give you some examples!

I really want to take my daughter on holiday next year. She is 5 years old now and her absolute favourite place to go is to the beach.

She loves the sand, the sea, the ice-cream, the games – all of it. However, as we live in England, the weather is not always desirable for heading down to the beach.

We are lucky in that we are about 45 minutes away from a great beach, but I wouldn’t let her swim in the sea (it’s brown!). Taking her abroad to somewhere that is hot, would be high on my goals. I can just see her face now, lit up in happiness and excitement.

When I take her to the beach near us, she squeals with joy for the whole day. As a parent, there is nothing more that you could want.

So my first goal after getting rid of you may sound like an easy one – but nevertheless it is one that so far I have not managed to achieve for her.

I have many other things that I wish to do such as: buy a different house (love the house, hate the area), start saving, start investing, and become more financially secure. I want to feel more relaxed about my money, because right now, it stresses me out.

Now that’s not to say that you haven’t tempted me to climb back into your clutches…I can fully see your charm and appeal. And that’s the beauty of it – I have woken up to the techniques that you use to keep me and win me over, and I see through them.

Once I am free from your clutches, I will not ever return. I am so excited to be free, and be the true me.

Not the person who is feeling down about being stuck with you, but the person who makes big plans for the future, and will work as hard to achieve them as I have worked to get you out of my life.

When we have broken up once and for all, look out for me – I will be the person with the biggest smile on her face that you’ll ever see. 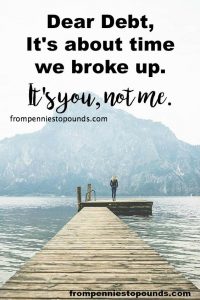 Blogging is my favourite way to earn extra money. Follow my step-by-step guide on how to start a blog here.